I had a couple of parcels to post today. Our PO is a good walk away. 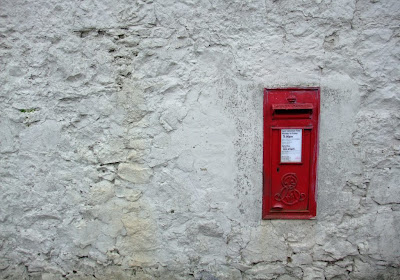 We passed this post box on our route. It's an Edward VII one, he reigned from 1901 to 1910 so it's over 100 years old. I did look this infomation up purely to put on my blog but it has sparked a little bit of interest; I'm now going to look a little more closely at the other post boxes around the village. Some may think I'm sad! 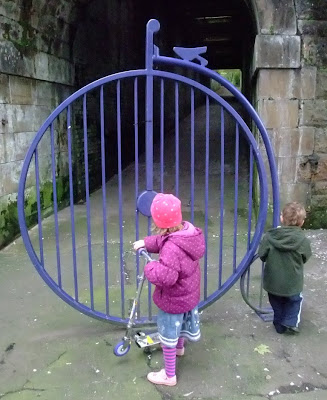 The schools round here have a week off at this time of year so I'm accompanied by A & N (I do have the pram with us though N surprises me by wanting to most of the way).

Where I grew up in Scotland we used to have a two week break at this time of year which we called the tattie holidays and yes I did go and pick potatoes for the full two weeks (weather permitting). When I started at the age of 12 I earned £4 a day (on a half bit, most people were on a full bit for £8 per day) rising to £13 per day by the age of 17 when I'd switched farms and was on a tattie machine rather than in a squad. Ahhh, those were the days. One of my brothers has a photo of us all at the tatties, I'll see if I can get it scanned in for a future fascinating tattie picking post...

Back to our walk... after posting the parcels we decide to take the scenic route home via lanes and cycle paths - though a longer distance it's much more pleasant than the direct walk down the centre of the village (narrow pavements and roads with fast traffic is not a good combination). 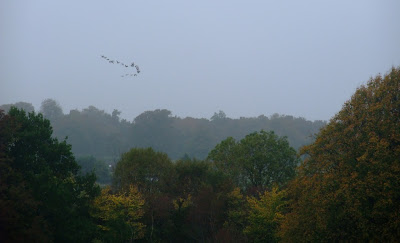 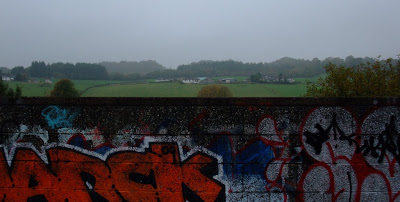 Farms viewed from a colorful bridge over the cycle path. 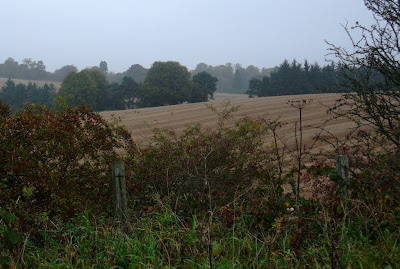 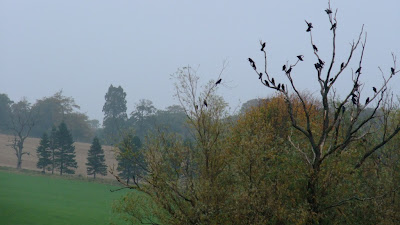 Jackdaws crowd onto a dead tree. 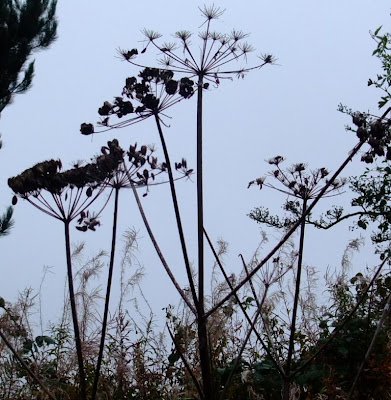 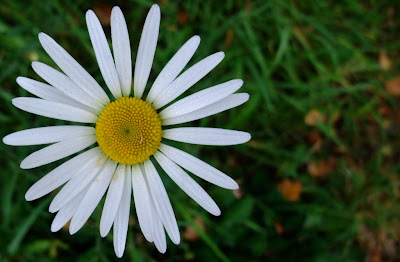 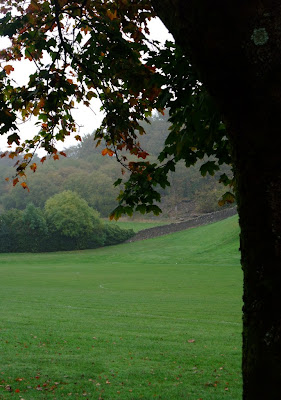 Almost there, the final stretch through the park took a long time - much inspecting and collecting of stones, stick, leaves, conkers, etc...

When we did get back A remarked on how lovely it was to get home after being out for a big long walk in the cold. I do agree, though I wish it was to a tidier and cleaner house!
Posted by andamento at 18:18

I don't think you're sad. I started noticing old post boxes a couple of years ago. It's amazing how many Victorian ones still survive as well as those from subsequent monarchs. It's strange to think they've been stood in the same spot for all that time.

There's a lovely old post box outside Worcester cathedral with VR on it in curly script. I always get a thrill when posting letters in it. There's another really old one on the road into Malvern which has a sort of corrugated look to it.

We have one of those post boxes near us. I must get a pic of it. x

Did you not see my Victorian post box the other week? Just a bloggy symptom!!! I also used to indulge in the odd spot of Tattie Picking - I think I got £2 per day and felt incredibly rich!!!

Lovely to look at all your wonderful pics before I jump in my car and head off to work in peak-hour city traffic ...

I have never looked that closely at a post box.....now I'll be inspecting them very closely!

I used to tattie pick, and strawberries and wild oat rogueing too (not all at the same time!). I think I got £11 per day for wild oats but can't remember about the tatties. Wow, that does bring back some memories. Juliex

love your new header with the fly agaric and the robin. very seasonal. the post box is amazing. so nice to see something preserved from so long ago and still in daily use.