Today, after last night, I have a banana and alkaseltzer for breakfast before setting off a little later than normal! It's 8:45 before I hit the road but the mornings have been getting rather dark and I don't have lights. It is indeed rather a gloomy morning so my photos aren't great.
. 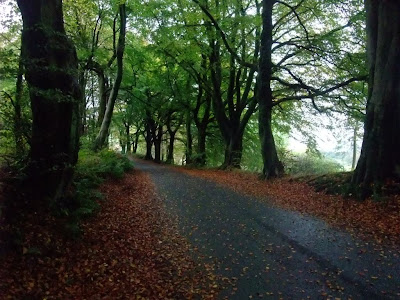 I head out the village up the big hill. I was hoping the trees at the top would have turned copper but they're still lovely and green - let's not be too keen for them to change, they'll soon be bare for long enough! Lots of squirrels are crashing about in the branches and many leaves are tumbling to the ground. 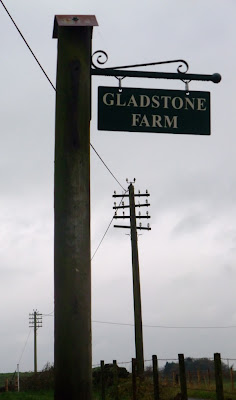 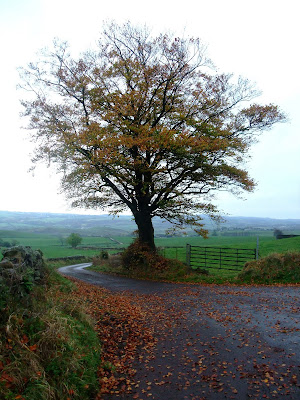 Just after this point I turn right up a little road I've not been along for a while. 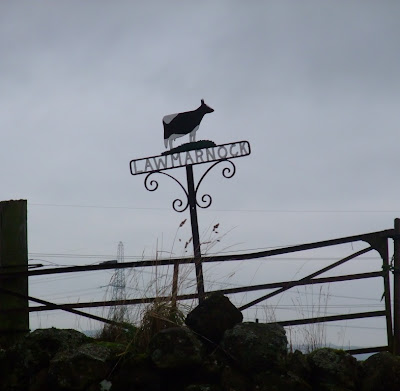 I park the bike and head into the woods to visit the little loch. 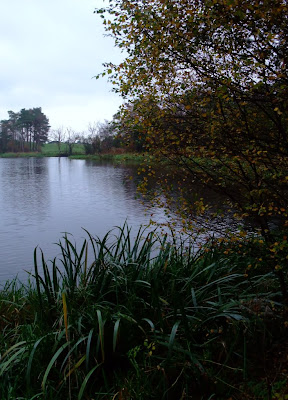 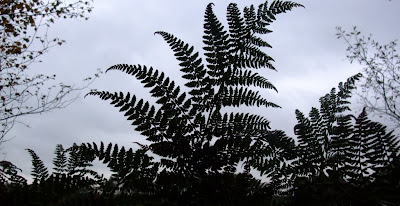 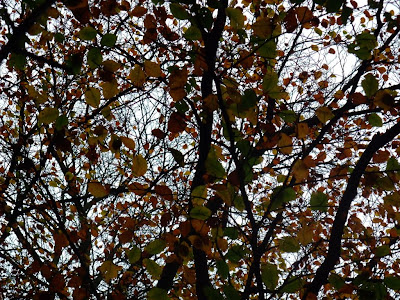 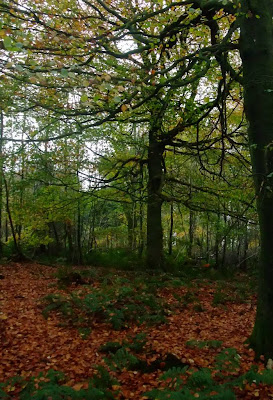 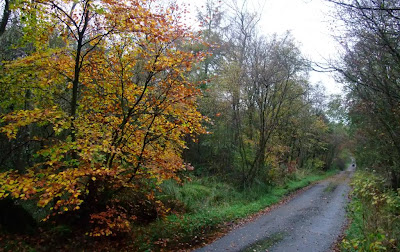 When I come back out the woods I end up chatting to a passing walker, you can see him disappearing down the road in the photo above. He's full of news about the locals and we gossip for quite a while. Apparently, just around the corner lives a vietnamese pot bellied pig owned by an airplane flying doctor, I do later see the pig (but not the doctor!) 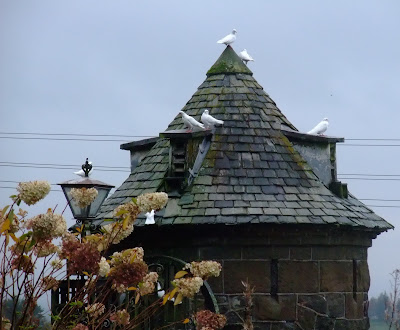 Just as I pass this lovely dovecote it starts to rain heavily. I decide on a change of route and head home. 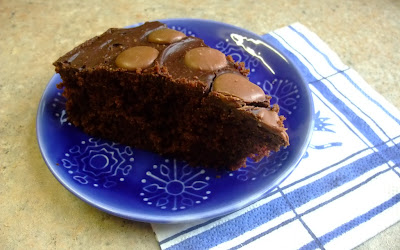 A yummy slice of choclate cake made yesterday afternoon rewards me after my shower.

Now to get some housework done...
Posted by andamento at 14:17

What a lovely ride you had this morning. Some how you gloomie day looks even more lovely than ours. We are just wet and soggie here. But, that cake looks de-lish, so hurry up and treat yourself.

Have a great rest of the weekend.

Banana and Alkaseltzer??? Is this a scottish breakfast? Cake looks good

hehe, a little too much red wine was consumed the night before (see previous post) - Irn Bru would have been a more traditional Scottish breakfast on such occasions!

All these interesting and exotic things (vietnamese pot bellied pig???) going on while I'm still tucked up in my lazy bed!

You can see the seasons changing to well in your bike rides, lovely photos as always and I want to eat the cake!

I have sent you an award, via my blog. Feel free to accept but don't pass along unless you wish to, I love seeing your bike rides, they make me want to get out more. Bethx

I think you did very well to get out at all this morning, you earned that cake.