A round crochet cushion for A

A completed project! I have finished the crocheted cushion cover I was making for A. 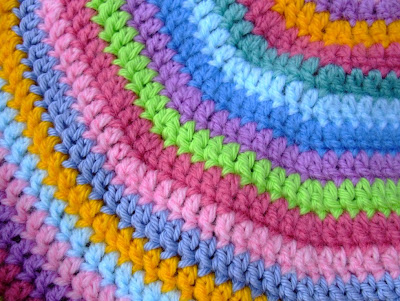 She helped choose the colours. There were the expected pinks and purples but I was a little surprised when she was very keen we use the dark yellow which, left to my own devices, I wouldn't have picked. We then agreed to use the bright lime green to balance the strong yellow. 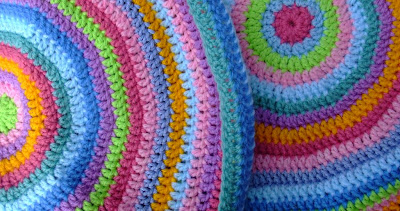 The yellow and green seem to lift the other colours, things would have been a little dull without them. 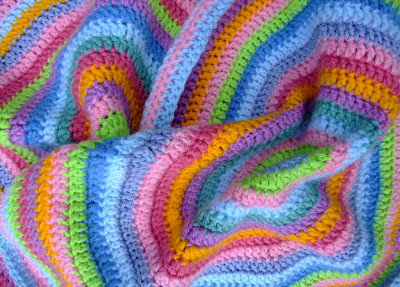 I had fun taking photos of the two completed sides. 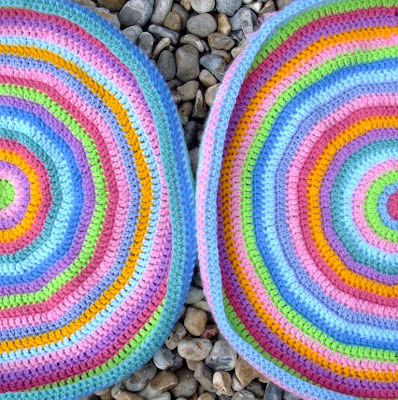 The same colours were used on both side, just in a different random order. Twenty two rings of treble crochet made a cover 16" in diameter. I bought an 18" feather-filled pad from e-bay, buying a larger cushion gives a nice plump result... 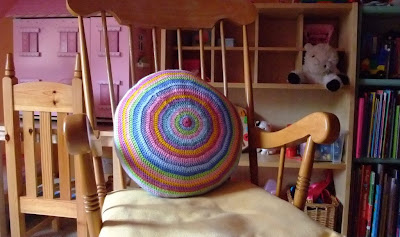 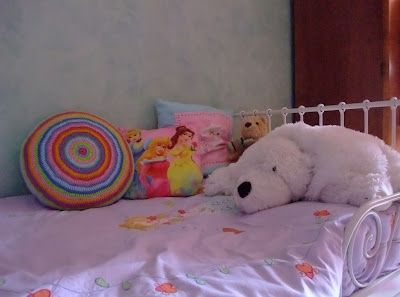 A decided she'd rather it went on her bed. 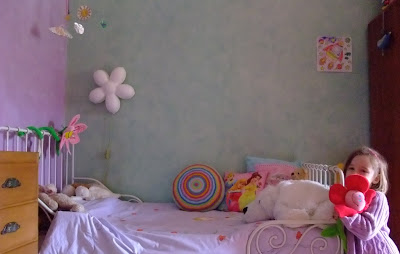 And tonight she went to bed cuddling the cushion under the duvet as though it were one of her teddy bears. You can't get a better sign of approval than that!

The cushion is adorable, but not as adorable as A. Have a good weekend

Another good reason for me to learn to crochet - I love that cushion :)

What a beautiful cushion ~ the colours are fabulous and I love the bright green too :O) x

It's gorgeous. Love the bright colours, so cheery.

That is fantastic! Very jealous! G

This is so lovely! If I were to pick the colours for a cushion, I would pick just the same! You are very talented! x

Fantastic, the colours are wonderful and the yellow works so well. It's lovely that A loves it so much, and it fits in perfectly with the decor in her room. What wools did you use? I'm coveting some of those shades!

note to self, must make a round crochet cushion...

Well done you. i lve seeing a great finished project in situ. Completely inspires me to get making or finish one of the things I've been meaning to for ages. Love them, so bright, just perfect to cuddle into. L x

The cushion is gorgeous and I love the colours you've worked - just perfect for a little one.