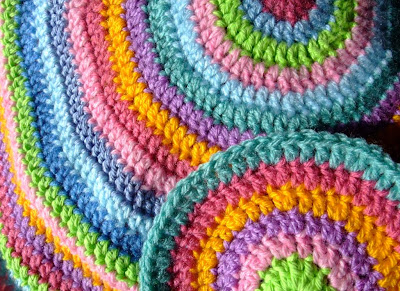 Progress has been made on A's cushion cover. The first side is finished and I started the second side last night. Only 22 rounds were required to make it to 16" in diameter using UK treble stitch, as opposed to 32 rounds for the cushion I made using UK half treble stitch, one little disadvantage with treble stitch though is that the round joins seem to me to be more noticeable. 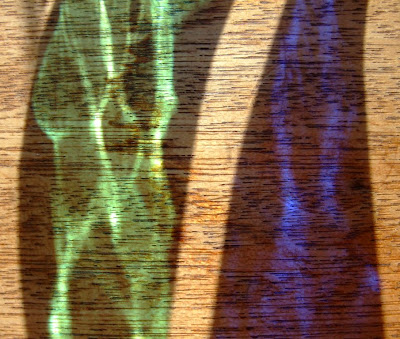 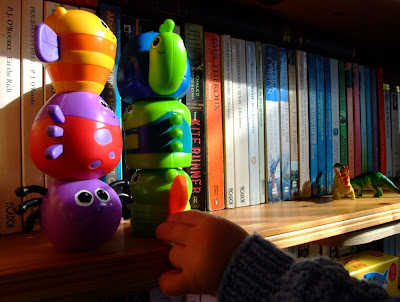 Earlier this morning we took a quick walk round the garden... 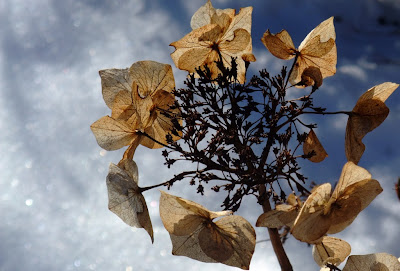 Hydrangea, one of my very favourite shrubs. 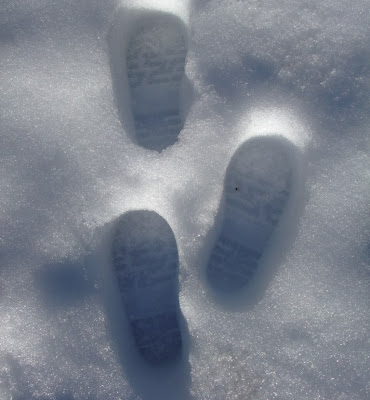 Footsteps in the snow. 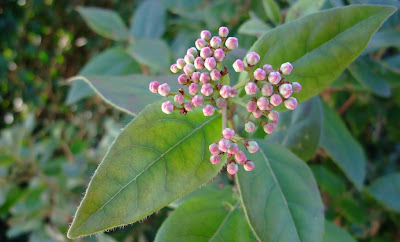 Viburnum, not one of my favourite shrubs as it looks rather boring for most of the year. It's just about to reach its interesting stage now though.

Last night we had plum crumble... 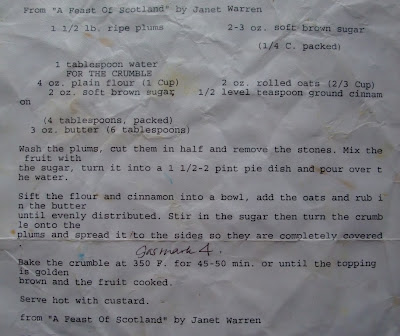 ...made using this much tried and tested recipe (but with 6oz flour in addition to the 2oz oats in the topping)... 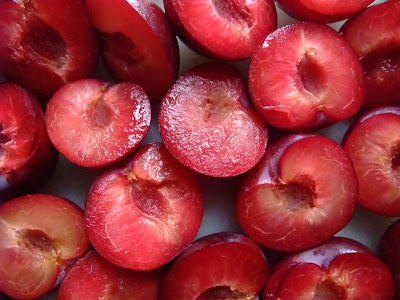 ...and with these beautiful plums. 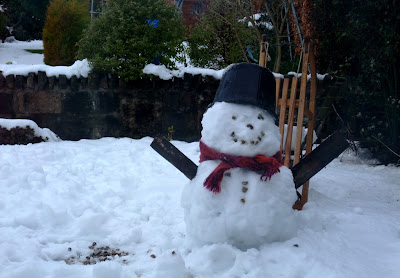 And on Friday we finally built a snowman!

No cycling on Saturday I'm afraid, instead I have a clean house! We had a babysitter coming round on Saturday night as we were going out for hubby's Birthday Dinner and that motivated me to clean up. I think I probably expended the same amount of calories as on a cycle run; the place was in rather a state! 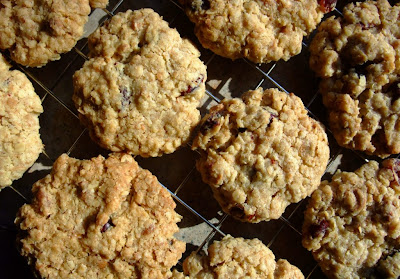 You may have noticed that this post travels back though time. It was determined by the order in which I uploaded my photos. Normally I use Firefox and can easily cut and paste my photos and text in Blogger to where I want them. We've had some connection issues which we thought may have been linked to using an updated version of Firefox so for the last few posts I've been using Internet Explorer or Google Chrome and the only way I can move a picture is by cutting and pasting the html which does get rather tedious. I didn't really have time to do that today. Grrrrr!

It's also my 100th post! If I was organised I would be presenting my 100th post giveaway, as one does. However, having only uncovered my desk from underneath a huge pile of stuff on Saturday I wasn't in a position to start preparing my giveaway goodies till now. I think I'll aim for a 111th post giveaway. See you then!

congrats on your 100 posts -- isn't it nice to see the sun again , a bit of brightness instead of grey ... lovely colourful pics too

100 posts and every one of them full of beauty and inspiration. You should be giving yourself a prize, never mind your readers!

What a lovely bundle of colours Anne. Love the cushion covers - so pretty and summery. It seems odd to see you are still deep in snow. We lost ours a while back but boy, have we had rain in its place. As for that plum crumble...and that gorgeous cake....I can feel my diet collapsing.

Amazing what a hint of sunshine can do :)

BTW - there's an award for you over on my blog xx

100th posting. Congrats. Keep it up, I love my daily visits. Your gardening is looking like you live right next door to me.

Isn't it fun to see those rays of sun shining in the window. Love the blue and green picture through the stain glass.

Hello - nice to meet you! I popped over from Vintage Viki (the award post!).

I really know what you mean about the babysitter/tidy up situation! My saving grace is that I teach from home once a week, and that forces me into a decent tidy up before the parents and children arrive each week!

I have found difficulties with Chrome and Blogger, so tend to stick with Firefox! You used to be able to remove pics with Ctrl-X, but I am not sure that works now.

I have just popped over from The Linen Cat.

Its so great to see the sun. It made my day on Monday.

I would love to try crochet but am just teaching myself to knit so should try and 'hold my horses' until I get the knitting properly sussed. Your suchion cover is very cheery.

I love these photos, really, all of them! I don't know how many times I've come here to take it all in before finally finding the time to say 'hello'.

Well done on your 100th post which was a very bright and cheerful one considering we're still in the midst of winter. I too am itching to get into the garden, unfortunately everything is frozen solid.

i'm loving the sunshine too right now, & your crochet cushion is looking great, i love the colours you've used

Your pictures are outstanding! Loving it here! t.x