Another package, another crochet project...

I eventually gave into temptation and ordered a couple of items from Beth at the Linen Cat. 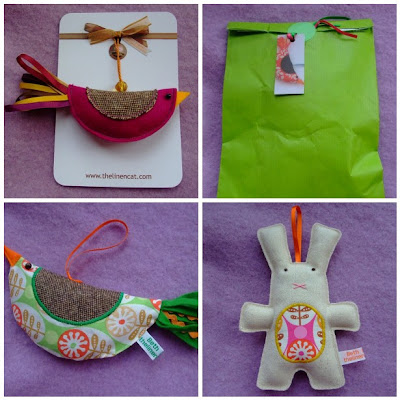 They arrived very quickly and were beautifully packaged and with a lovely surprise purple bonus birdie enclosed.

The green bird and rabbit are lavender bags, the bird is now freshening up my wardrobe, the rabbit is intended to jazz up A's wardrobe and has been given to Santa to pop it in her stocking.

I have now ordered some more as Christmas gifts for family & friends (who don't read this blog!) 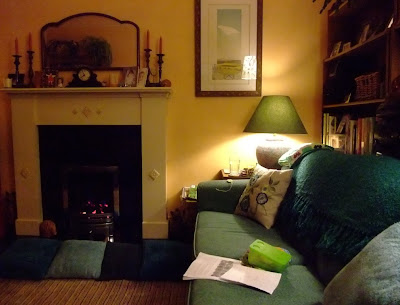 We had a bit of a cold spell over the weekend and finally "lit" the fire. It seems to be unusual for blogland but it's not a real fire! We got it installed a few years ago - about 6 months before gas prices shot up and log burners became all the rage. However, it's convenient and suits us as we don't actually spend a lot of time sitting in front of it, it's easy to switch off & on as required. On Saturday I managed to get all the squares for my crochet cushion finished and have now begun the tedious task of sewing in the ends, yawn!

On Sunday morning (cold but with beautiful clear blue skies, lovely!) I took the kids to a play park in one of the nearby villages. The views aren't quite as scenic as here, but still pleasant. 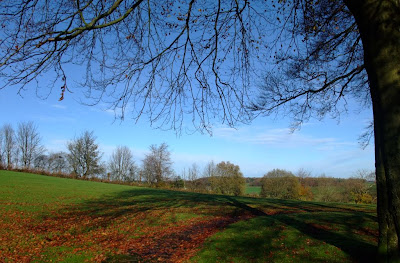 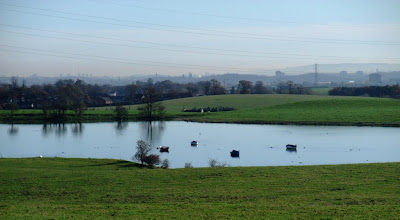 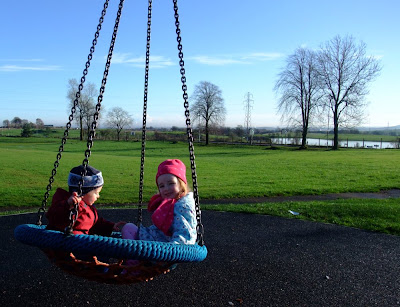 Two little chicks in a nest!

Yesterday (Monday) was the coldest day yet. I was very glad of Diane's neck warmer - it was so cold I even had to button up my new coat(!) and there wasn't really enough space for a scarf tucked inside. The neck warmer was ideal.

Some views of frosty things in the garden... 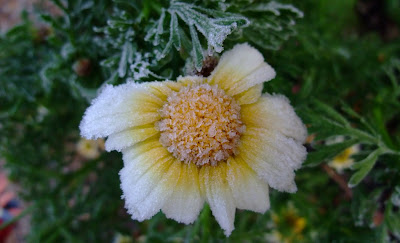 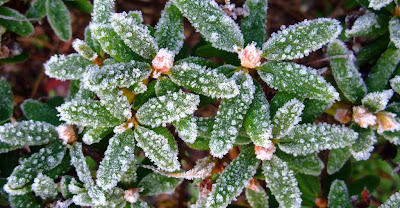 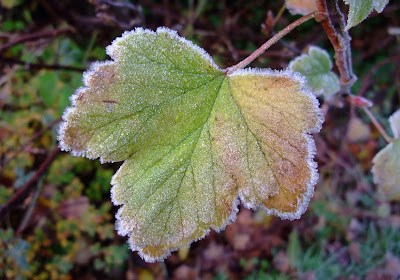 A is in nursery on Monday mornings. N and I took the opportunity to do our charity shop tour. He's not really a good shopper - hates it when the pram stops moving, so it's rather a high speed browse. It wasn't our lucky day - no treasures! I bought a couple of books but that was it. I then popped into the pound shop and bought some cheap acrylic wool.

I'm keen to try this. As it's not for wearing it doesn't really matter that I'm just using acrylic. The colours were nice. 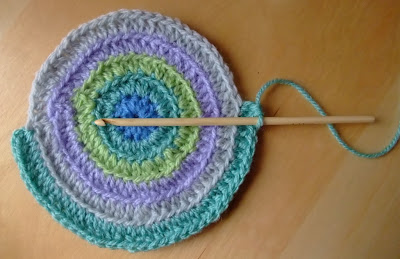 While N was having his nap I managed to make quite a good start (on neglecting the housework!). 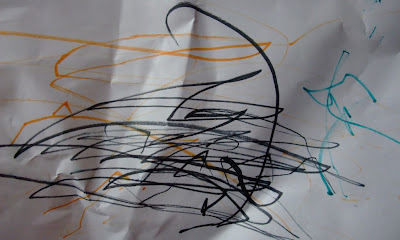 Finishing off today with N's first piece of artwork. A has entitled it "The Storm".
Posted by andamento at 13:32

Looks like your son is on the way to being as talented an artist as your daughter! Perhaps there's a market on Etsy...

I knew it, I knew it. When I first saw those felt birdies I thought of Lucy right away....then reading further I noticed that you are actually making one. Yipeeeeee. They are so, so much fun. And go pretty quickly.

Can I bring my yarn over and sit by your fire and hook away with you and a cup of tea... only kidding, it's a long long trip, but sounds fun.....

Keep us posted on how your birdie turns out. Remember to add to the ATTIC24 INSPIRED group over on Flickr. We have quite the growing flock.

Your sitting room looks really lovely - and be careful about who's reading! I am constantly surprised to meet people who know what I have been up to because of blogging, so I daren't post about presents!

Now see what you're doing to me? You have all these lovely things here and I'm terribly busy! So I'll just say I loved reading this...
Take Care!

forgot to say, your living room looks so cosy and welcoming. And tidy!