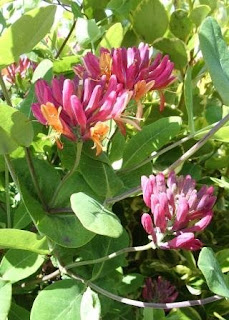 I am definitely going to plant more of this in the garden. It's the first year we've had decent flowers and it's also the first year I've been organised enough to deal with the greenfly, probably no coincidence there then! 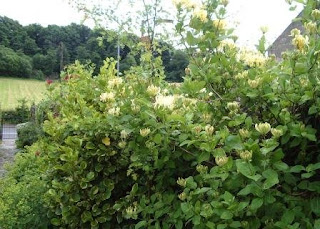 I also have a yellow flowering one which is doing well too. Both the honeysuckle plants line the path and there is plenty of space for more plants down towards the gate.

The peonies are also starting to flower. 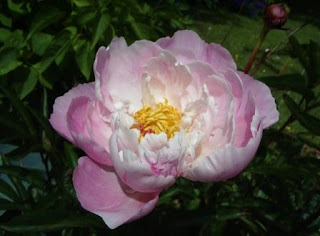 I didn't get round to staking the darker pink ones shown below and they are flowering rather close to the ground. While in bud they survived being run over by the pram numerous times, but they are rather more delicate now - a good reason to cut them and plop them in a nice big jug for admiring indoors... 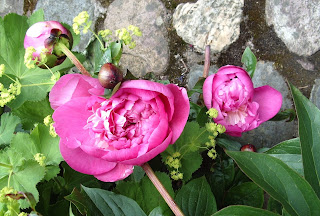 ...no I haven't done it yet, it would have been nice to have a photo, but here's one I took of the earlier flowering dark pink peonies instead! 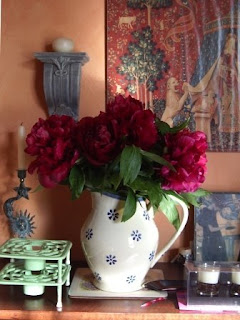