In the kitchen this morning I try and have a sneaky look at my blanket to see how the border is coming on... 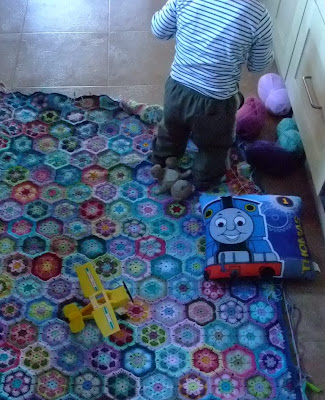 ...within minutes I'm discovered. The plane, teddy and Thomas cushion are flung down as he spots the balls of wool. Noooooooo! All is quickly bundled up again out the way, it'll need to wait till after bed time, as usual. 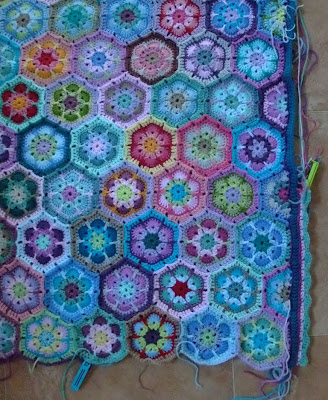 I did manage to get one little photo of the border so far. I think the row of dark turquoise is too wide, I should perhaps have done half trebles instead of trebles. I've gone quite far round with it, can I bear ripping it out? Hmmm, at the moment I think not. 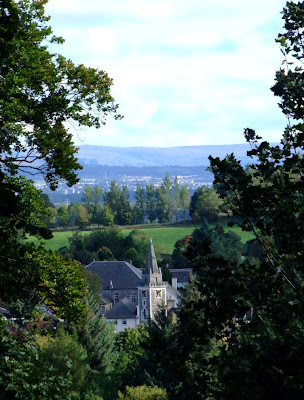 It was a lovely day today and also a school holiday. We went for a walk in the woods. After a bit of clambering up some steep slopes we are rewarded with lovely little peeks of the village through the trees. I'll need to come back and see how much more is visible once the leaves have all turned and blown away. 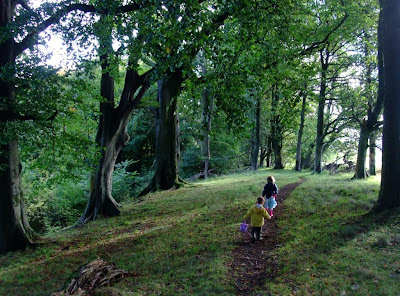 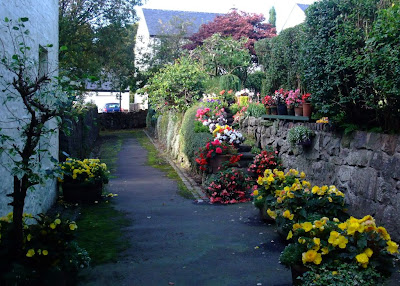 Back home via the lane lined with begonias, always colourful. 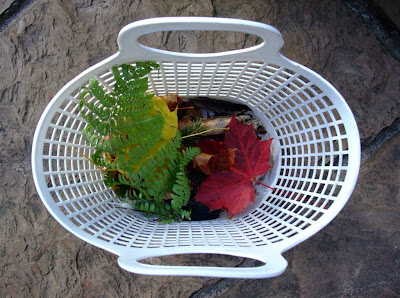 Autumn treasure gathered on our walk. 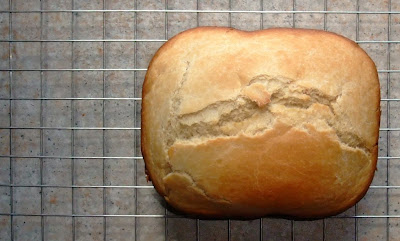 Breadmaker bread. I'd forgotten I'd loaded it up before going out so it was a nice surprise to smell it when opening the door. It makes quite a dense loaf which is nice once in a while but I would tire of it if we ate it all the time, so it's one of those gadgets left to linger in a cupboard. 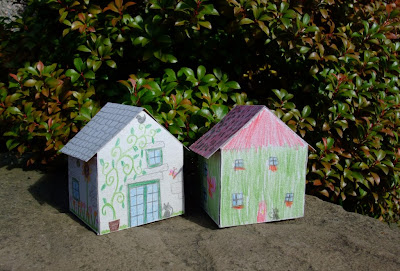 A took a shine to one of the projects in the Paper Fun book I'd bought in the charity shop yesterday so while N was having his afternoon nap we made a paper house each. 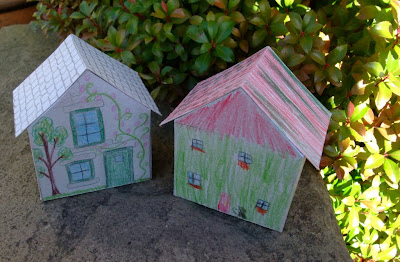 Next she wants to do more houses then the church then some people then the train then the landscaping (papier mache) then the zoo... Perhaps it's just as well she'll be back at school on Tues. However, at least I have completed a project from one of my craft books, more than I can say for many of the others in my collection. 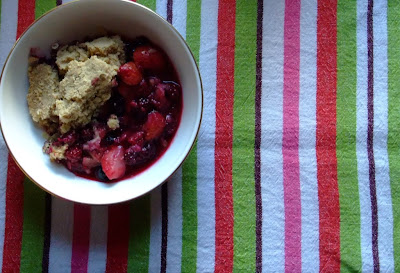 ...then crumble with rhubarb, strawberries, brambles and bluberries. It was nice with toffee icecream.
Posted by andamento at 18:29

I know exactly how you feel with respect to kids playing on your crochet - a lot of my crochet photos have little hands with plastic cars, trains or planes attached or a plastic bus driving through. Maybe I should do thatfor a future blog post - crochet photo outakes?! I like the border - the turquoise looks ok to me - not wide at all x

Ooh! lovely post, your blanket is fab. I love the turquoise too, exactly as it is! The crumble looks so good my mouth is watering and we've just had a big meal!

A lovely post!
Love the photos, the forest looks wonderful, so quiet and peaceful!Would love to go back there!
The scrumble looks delicious :)
thanks for sharing,

Your blanket looks lovely with the border, the colour is beautiful. I love the photo with the the plane and Thomas cushion. So typical of little ones. :-)
The crumble looks ever so yummy.
Anne xx

gordon bennet, you pack a lot into a day! and homemade beef stew, dumplings and fruit crumble too...yummy.

oh yes, that happens around here too... and mostly is the dog that lies on my quilting blocks when I try them out on the floor...

Your blanket is beautiful. All your photos are very nice. I would really love to take a stroll down that lane.

I am so in love with your blanket, each time I see it I want to abandon my sewing to learn to crochet. And that yummy food! I so wish M hadn't turned vegetarian as I do love a good stew.

Fab photos (as per usual)! I love the wide stripe in the dark turquoise, think it' in proportion to the size of the rug. Love the scalloped paler one at the edge - you could always make it a wee bit wider to make the darker one look narrower, if you are still uncertain?

I always love your posts and am totally in love with your blanket! I started one years ago but found it very slow going esp with the cat chasing my hook and thread whilst i was crocheting! Must start up again. How long has this one taken you so far? and your photos are always amazing, you have such an eye for interesting colours and angles and shapes. x