What Photos Did I Take Last Week...

...it's not really a secret that that's pretty much how my blog posts are determined.

Before it was too late I wanted to record... 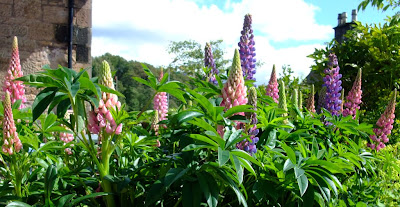 ...just how much I'm loving the lupins this year. Instead of weeding out the self seeded plants I just left them. I'm so glad I did, sometimes laziness pays off! 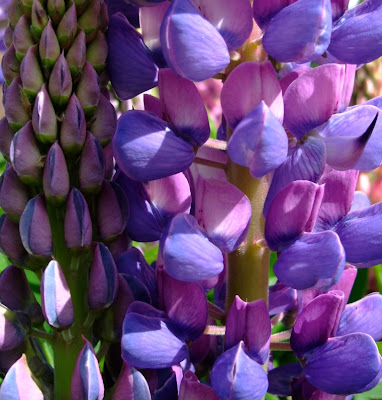 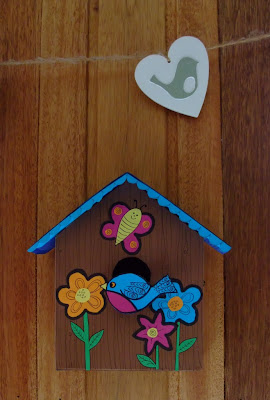 I have a FFO (finally finished object). Inspired by a post from Bunny Mummy away back at the beginning of April I made a little bird house, it only took me two months! I would do it differently if I were to make another one (which is highly unlikely to happen!) 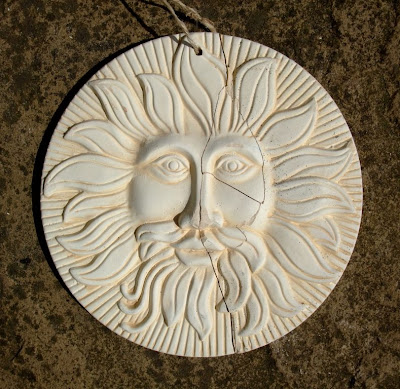 A casualty from the recent gales, must buy some glue. 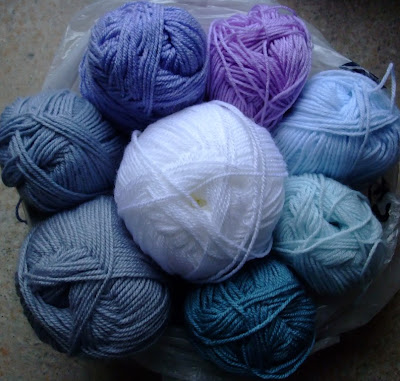 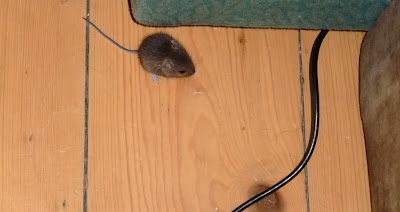 There's a moose loose aboot this hoose! A little baby one, so cute and quite fearless. However I expect he's got brothers and sisters and a mummy and daddy. A trap has been set. We're still hoping to get a cat but have delayed starting looking for one till after the summer holidays now. 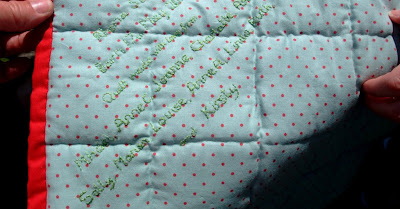 And finally, a sneak preview of a craft group project which has finally been unveiled. More on this to come...

(Today has been absolutely roasting. I thought I'd add that in as I think I may have recently remarked on how cold the weather has been, just a few times!)
Posted by andamento at 22:19

Lovely pics. I love your birdie house. I am just no good at papercrafts. I hate cutting and gluing. Bargain wool - I think they would make a lovely blanket. x

I never find yarn at the thrift store! Lucky you.

The lupins are stunning and the wee mouse is adorable.

We had a boiling day too. It was wonderful to soak up some heat after such a chilly spring, and to cycle without a jacket.

The lupins are gorgeous! I have never had any luck growing them as yet! Cute little mousey!

Love the lupins and the colourful bird house not so keen on mousey! We went on holiday once for two weeks leaving the house nice and quiet. When we came back I opened our kitchen cupboard intent on having some baked beans on toast. When I opened the cupboard, sat on the tin of baked beans was a little mouse on its hind legs washing itself! The mouse and I saw each other at just about the same time and we both leapt at the same time and I squealed as the mouse scurried off never to be seen again! Whilst the people are away the mice will play!
June

gosh your lupins are lovely. we had a plant earlier in the year, I think the slugs ate it...
mousey is so cute, don't be so sure a cat would get rid of it, my cats bring me mice as gifts, the live ones they bring upstairs to the bathroom for me.....

Yes we had the red hot Friday too, back to the normality of socks and wool jumper today. I agree the lupins are wonderful but not the mouse.

Thank you, thank you Anne for that link. Yes, that pretty much sums me up at the moment. I watch the final scene on youtube (with my headphones) several times a day and now know all the words so I can replay it in my head, oh that voice! I will be forever grateful to you for bringing North and South to my attention.

Fab pic of the lupins by the way. lat time I grew them they got infested by huge aphids.

Mice are so cute when they're outside - if only they would stay there, for their sake and ours!

I love lupins - in fact any self- seeding flower is good by me, I love the messy look (or do when I have a garden big enough to make the most of them)......not that I mean your garden looks messy, oops!
Think the cat may be a necessity now, very cute mousey but there could be quite a few more by winter. Juliex

Love the Lupins, I don't grow them in my garden but every time I see some I wonder why not? I must correct that, they are lovely and remind me of my Gran. Bx