The 2009 collection of photo mosaics/samplers.

Right! While not in the mood for much else (too little energy & too much snot!) I plonked myself down in front of the computer and started to play around with my photos from 2009. I started blogging properly in June 2009 and it shocked me to see just how few photos I had taken during the preceeding months of the year. So much so I was unable to get a decent mosaic for each of these months and barely managed to make one for the five months combined. I'd rather be in the position of having too many rather than too few photos to choose from - thanks to blogging that is now the case... 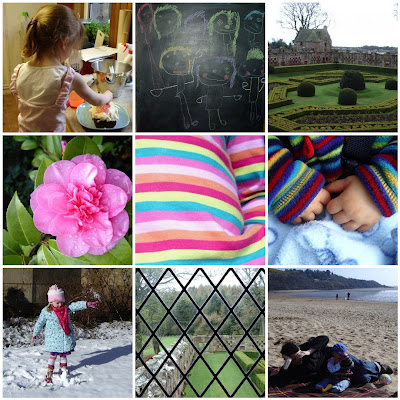 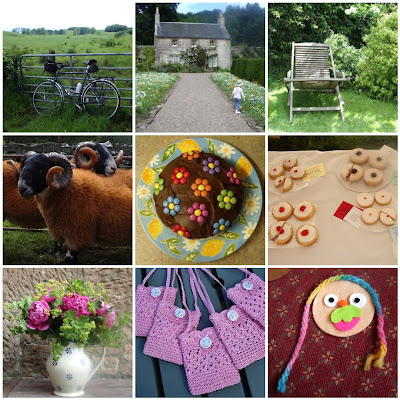 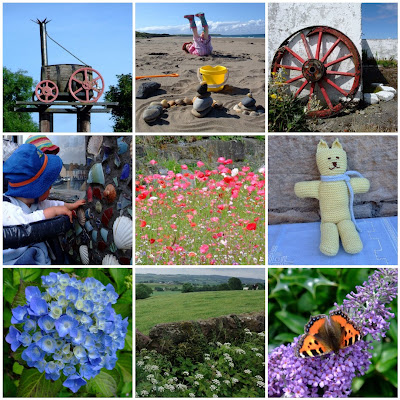 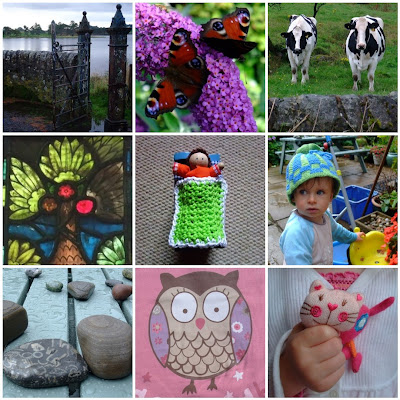 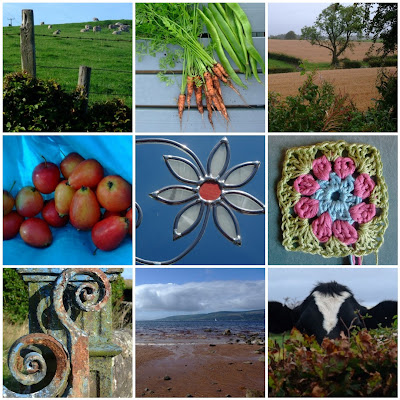 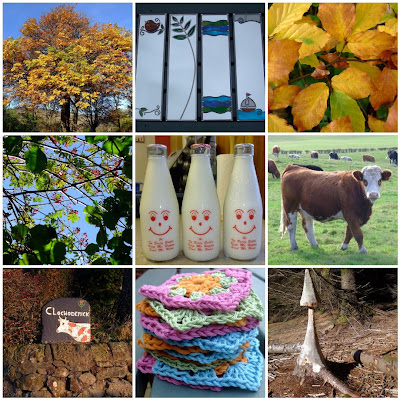 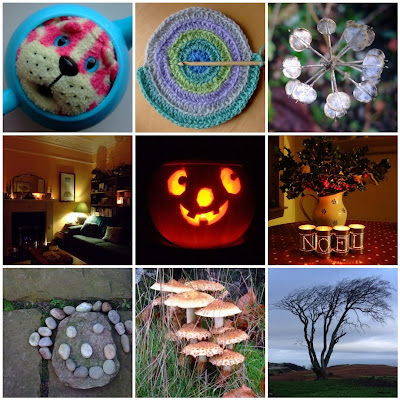 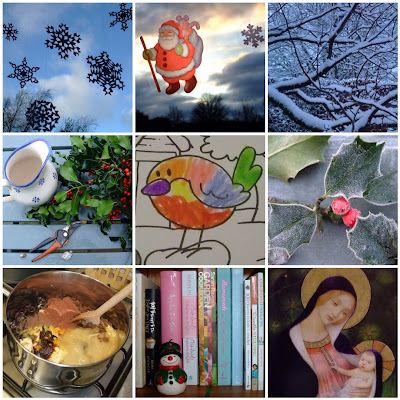 January -> May
Hubby's birthday, an Easter holiday to Angus, the first camelia flower in our garden ever, blackboard art.

June
My first Saturday bike ride. First entries to the local show. Birthday cake. A special birthday outing to Culzean. A wonderful year for the paeonies.

September
First ever granny square. It looks a little wonky to me now but I was sooo chuffed at the time. First crab apple harvest.

October
I manage to get a few mirrors made for a craft fair. The granny's start piling up. We start to get our milk delivered.

November
The focus has very much shifted to indoors & cosying up for winter. I make some tin candle holders and start my first crocheted circle (it became a bird).

December
I make the Nigella chocolate fruit cake for the first time. I enjoy photographing Christmas at home.

So, lots of firsts I notice. I need to try harder now perhaps, things are becoming a little routine but I guess that's only becuase I enjoy them. 2009 seems to have been a year of discovery.

I'm now fed up doing these mosaics and have a sore back from slouching at the computer. Something different to follow...
Posted by andamento at 14:44

Loving all the mosaics - you must be patient to go back over your old photos.

I started doing mosaics in October last year - with the view of getting a calendar made for next year using them.

Lovely mosaic...beautiful pictures and memories for you.
Meredith

Doing these photo retrospectives is a great idea. I may have to do some photo playing myself since you've inspired me!

Fave pics.......sweet little bubs hands in the stripey cardi, cows peering through the hedge, wind blown trees, a cosy lamp lit corner of your home oh so many lovely memories for you to enjoy........

Have a great week,

Great photos! I hope you have recovered from your slouch and snotty nose!!!

It's not much fun feeling rubbish but I hope that you are on the mend? I really like your mosaics - how did you do them? Please advise.... if it's not too tricky.
Kx

Another lovely set of photos, Hope you feel full of beans soon!

The July set takes my breath away - those beautiful flowers. And I love the little one's hands in the first set, and the frosty holly in the last.

Hope the snot clears up soon! (I hate being congested. I feel like I can't think straight - I call it "snot for brains".)